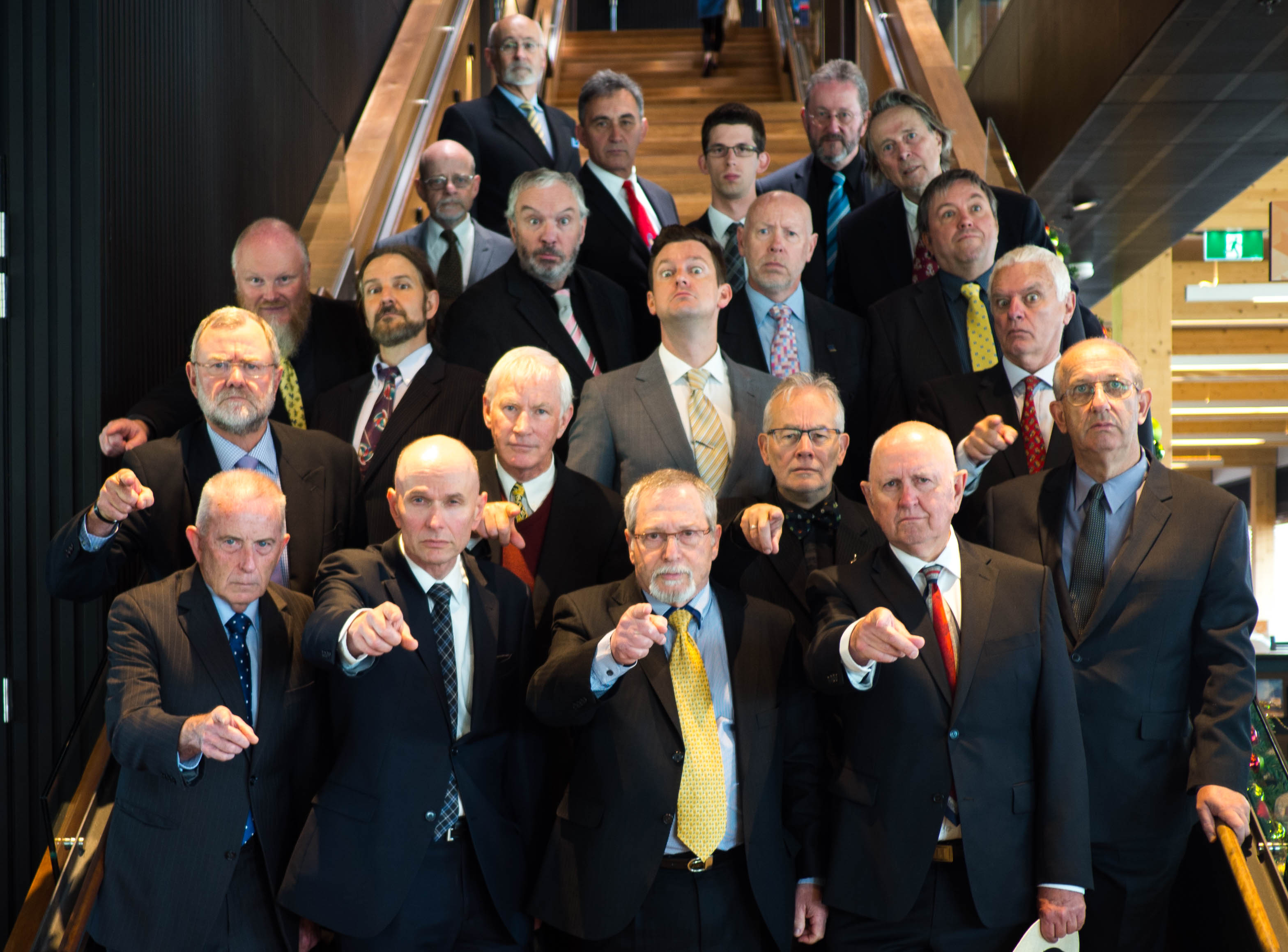 Men in Suits will soon be back in town, following very well received performances at the Marysville Jazz and Blues Weekend.
Men in Suits is, at it’s roots, a semi-clandestine gathering of mere males looking for an excuse to escape life’s routines one evening a week to sing. A Men’s Shed with a simpler set of tools!
They burst onto Melbourne’s music scene with an uninvited debut performance at the BMW Edge in 2007. Since then, Men in Suits has continued to surprise and delight audiences with its repertoire of deadpan originals, revolutionary anthems, Georgian lullabies and classic pop songs (with a twist). Its 20-plus members sing unaccompanied and unabashed in a style of their own.
It’s a choir, but not what you’d expect. Musical director Chris Blain (Suade, Vocal Australia, Melbourne Singing Events, Key‑note Team Singing) has continued the choir’s quirky but well-dressed style developed under Stephen Taberner (of The Spooky Men’s Chorale). Their default aesthetic is “pointless grandeur”, through which they hope to subvert society’s view of the corporate man in today’s world. Through their voices they seek to spread a new positive, non-toxic brand of masculinity.
Men in Suits specialises in uninvited appearances in unexpected places at unscheduled times singing inappropriate songs to unsuspecting audiences. They will enliven, surprise, astonish and perhaps even disturb those in their presence. Especially if they are performing for you.
Tickets available from MiRa.